As a mere 11 years old, I rather ceremoniously shunned beef because I was terrified of getting Mad Cows disease (interesting reason eh?).

This little girl (going through all the emotions of pre-teen years, puberty, etc) had a good cry and swore off beef for good.

Digestive Woes and an Unhealthy Obsession

Then in middle school, I developed some digestive issues. A healthcare provider assumed I had lactose intolerance, so I stopped drinking cows milk, but still included some cheese and yogurt (and the unrelated scrambled eggs).

While my digestive issues got “better” my mental health did not. Dairy products had been a big part of my diet, and without them, I lost weight, which I assumed was great. I was also an overweight teenager who was going through her own insecurities and other issues that are beyond the scope of this story!

Unfortunately, I developed Orthorexia  (an unhealthy obsession with food) just before high school started.  During that hard time in my life, I eventually cut out chicken and fish for reasons I can not remember.

Wow, this story just took a dark turn eh? Well, luckily for you (and me!) my story has a happy ending.

I received counseling (albeit reluctantly at first), which really helped.  The moment I remember shifting my mindset was when a doctor told me that I may have issues conceiving in the future, which was devastating to me, because I knew I wanted to be a mom one day.

Because of my experience living with an eating disorder, I decided I wanted to make it my profession to educate others about nourishing our bodies in a healthy way.

So this young high schooler decided to become a Registered Dietitian and she eventually did.

At this point in my life, I could be most closely defined as a Lacto-Ovo vegetarian (one who excludes all animal products except for dairy (lacto) and eggs (ovo).

My husband (who I met in college) and I had just moved to a California, and I started interviewing for a job that promoted a vegan diet. Up until this point I was still a lacto-ovo vegetarian. I was intrigued by the job, and wanted to make sure I resonated with the promotion of a vegan diet.

So I extensively researched the subject, and became all the more intrigued. A vegan diet (appropriately planned) could indeed reduce the risk of certain diseases.

I decided to exclude animal products…most of time until:

Honoring Mothers of All Beings

I was watching a interview with Dr. Neal Barnard of the Physician Committee for Responsible Medicine discus the benefits of ditching dairy. But it wasn’t the health benefits that stuck with me this time, it was the way dairy cows were treated.

I learned for the first time, that most mother cows are separated from their calves shortly after birth. The mother cows mourn for their babies- for days, and then are subjected to repeat the process all over again, until they are not “productive” anymore.

That last paragraph just scratches the surface about the cruel relatives of the dairy industry, but it was enough for me. I was at the time, pregnant with my baby girl, and couldn’t fathom the agony of such a cruel and unusual separation.

Until that moment, I had not thought about whether or not animals had feelings. Even if I perceived them as “less intelligent” beings, they were still beings that could feel and suffer deeply.

I realized that I could not justify my use of dairy products, really any animal products at all because I

Evacuated For Nearly a Month

But that’s not where the story ends! Many months later (after baby was born), we had to evacuate our home in California. For two different wildfires, we evacuated for almost a month! The second fire nearly consumed our home.

I thought about all the natural disasters happening and increasing in number near us, and had yet another reason to stick with my vegan lifestyle (not just diet, but consumption in all forms: ie activities, clothing, makeup, etc).


We now have more evidence than ever that the animal industry extensively contributes to climate change. If I ever had any doubts about veganism, I was reminded all year round about the damaging effects of diet. Whether it was droughts, record high heats, or fire season. The climate was changing, and animal agriculture was not helping.

I realized that my choices could affect the world my daughter and those less fortunate grew up in.

Our family decided to move back to the Midwest. One primary reason being the terror of fire season that seemed to be getting worse every year we lived there.

And that brings us to today! I hope that you can resonate a bit with my story. I hope it shows you that there are many valid reasons to be vegan, and your concerns about nutrition on a vegan diet are valid to.

That’s why I created Plant Powered You, so that nutrition education doesn’t have to be a barrier.

Transitioning to a plant based diet doesn’t have to be scary! You can meet all the nutrients you need on a well planned vegan diet.

Sign up for the Plant Powered You e-mail list to get further support and motivation. Congrats! You have successfully added plentifully nutrient rich foods and let go of eggs! The planet, animals, and possibly your health thank you. 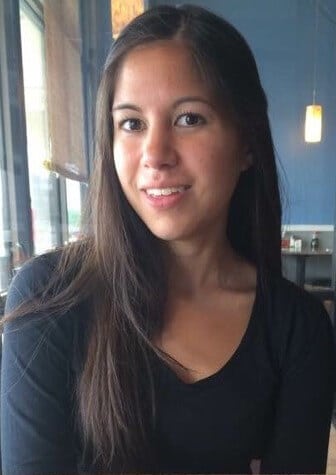 That’s me! Christine, aka, the Dietitian behind Plant Powered You, a resource to help you start and sustain a plant based lifestyle in a nutritionally sound way. Find out more about me HERE.